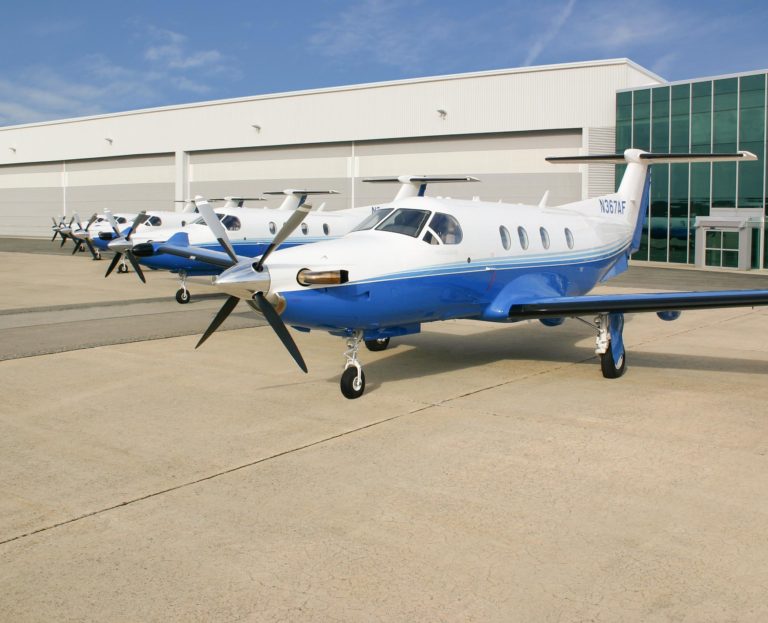 Founded on a passion for aviation and a belief in better solutions for private travel, PlaneSense, Inc. has been a leading provider of private flight and fractional aircraft ownership for more than twenty four years. The program has grown steadily and soundly to become the world’s largest civilian fleet of Pilatus PC-12s.

The PlaneSense® program has followed a 3-pronged strategy since its inception in 1995:

This strategy has been the foundation of success for PlaneSense, which has steadily grown to become a leader in fractional ownership programs. President and CEO George Antoniadis sought to develop an innovative private air travel program that would provide versatile, affordable aircraft ownership. The difference between PlaneSense and future competitors–aside from price–would be the use of a turboprop aircraft.

At that time, Antoniadis considered several options, but neither had the right size or appearance. So, he arranged a visit to Pilatus Aircraft, Ltd. in Stans, Switzerland to view the PC-12, the manufacturer’s new single-engine turboprop model. Antoniadis was convinced that the PC-12 was the airplane for which he had been looking. Its operating characteristics set it apart from every other aircraft he had considered. The PC-12 was modern, fast, and could operate equally well flying in and out of major hubs or unimproved 2,000-ft runways. Antoniadis placed an order in 1995, taking delivery of the 20th Pilatus PC-12. It was then that the fractional program took flight.

The PlaneSense® program has achieved steady growth since its inception, and continually exceeds flight benchmarks. More than 440,000 flight hours have been achieved. The PlaneSense® team has developed a program that offers its owners memorable aviation experience combined with a proven commitment to safety, service, and excellence. Participants report enjoying more savings, convenience, and flying hour options as compared to other jet programs.

The Pilatus PC-24 jet joined the PlaneSense® fleet in February 2018. Built on the tremendous success of the Pilatus PC-12 turboprops, the twin-engine turbojet offers share owners a unique flying experience and ownership opportunities. The PlaneSense® program is the launch customer for the PC-24 jet with a preliminary order for six jets under contract. In the interim, a fleet of Nextant 400XTi twin-engine jets provide high speed and high altitude capability to PlaneSense® aircraft share owners.

That is PlaneSense history. Today the PlaneSense® program has grown to be the largest civilian PC12 management company in the world, with nearly 400 employees, including more than 180 pilots, and a fleet of over 40 aircraft. The company is now based in Portsmouth, NH on the site of the former Pease Air Force Base. Constructed in 2007, the state-of-the-art PlaneSense facility includes a 40,000 square foot high-tech maintenance hangar and 44,000 square feet of offices and mechanical shops.

Antoniadis says that every aspect of the PlaneSense® operation—scheduling and dispatch, flight operations, maintenance, training and employment policies—has been designed to produce an outstanding private aircraft management and travel experience. “We live and die by the degree to which we can satisfy our clients,” he says.