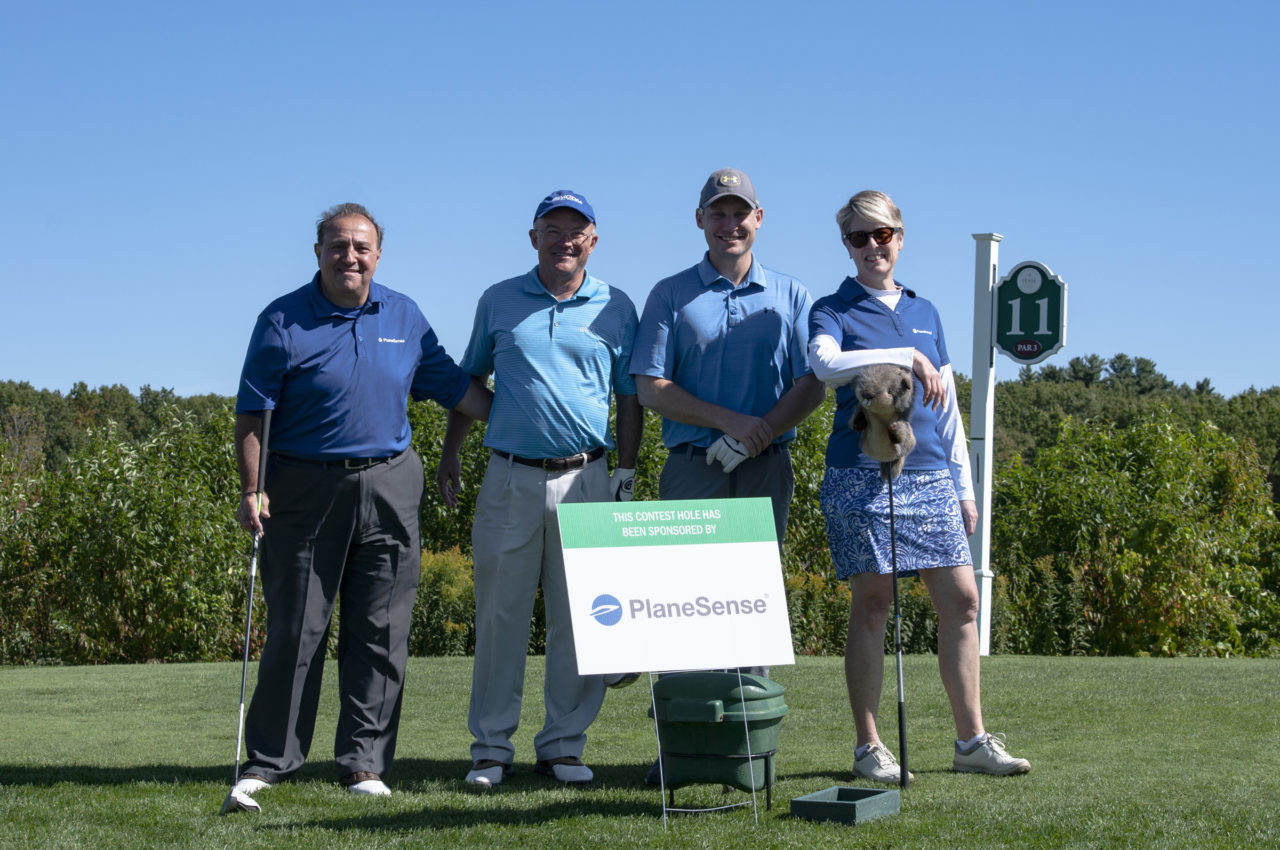 On September 27th, aviation enthusiasts and golfers alike joined forces for the 5th Annual Pilots & Drivers Charity Golf Tournament at Pease Golf Course, organized by the Granite State Airport Management Association (GSAMA). The event netted $10,000 this year, thanks to sponsors and generous donations. Teams played 18 holes of scramble play, and prizes went to top 3 finishers, longest drives, and closest to the hole shots. The event has been a favored networking opportunity for many people in the industry.

History: Started in 2014, the tournament has aimed to raise funds for aviation-based causes in New Hampshire. PlaneSense, Inc. has played a role in the tournament for the last several years, thanks to Lorri Badolato. Lorri, our Deputy General Counsel, GSAMA Board Member, and official PlaneSense golf enthusiast involved us in this great cause. PlaneSense was a sponsor for the event, and many of its team members volunteered. PlaneSense employees were also present in several teams.

Funding great programs: The event proceeds often support programs such as the NH Aviation Museum’s RV-12 Program. The program purchase airplane kits for Manchester Vocational/Technical School students who build the aircraft as part of their hands-on training. Other funding recipients have included the ACE Academy camp through Winn Aero in Laconia, supporting CAD design software and construction kits for glider prototypes. The camps get youth involved in the aviation industry. Manchester Central Robotics club has also received funds through the golf tournament. Funding has also supported the Aviation Trust Fund, which assists privately owned airports in NH that get no federal funding.

Thank you to all of those who participated in this wonderful event.

GSAMA is “a group of aviation professionals committed to increasing awareness of the importance of aviation and supporting economic development for the State of New Hampshire. GSAMA serves New Hampshire’s aviation needs by enhancing access to the National Airspace System, promoting a support network for all airports in the State, and promoting legislation in support of aviation interests.”