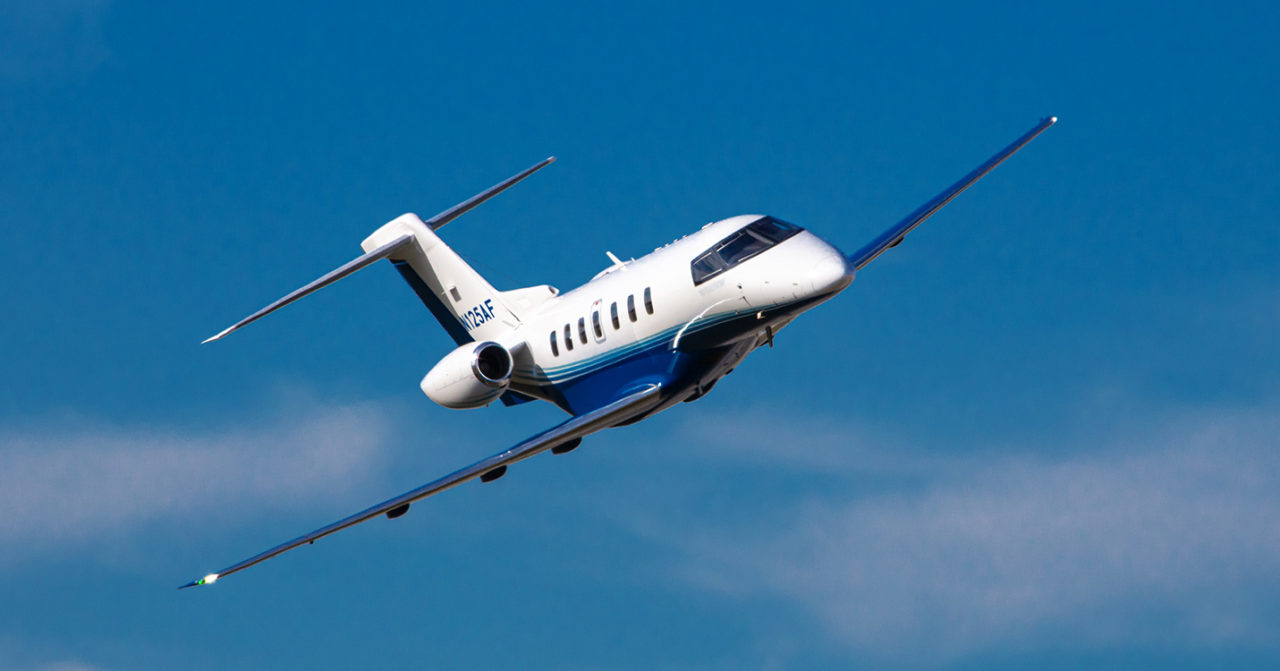 Surely, you’ve heard the idiom “as the crow flies.” There is a reason it wasn’t written “as the plane flies.” While your flight in the PlaneSense® fleet is much more direct than other modes of transportation, there are ultimately several turns and adjustments taking place during your time in the air.

Your pilots might deviate from a straight flight line and make turns for several reasons:

Busy airports call for careful planning from Air Traffic Control (ATC). For example, Teterboro Airport in NJ (TEB), is not only one of the  most traveled airports by PlaneSense® share owners, but is the busiest airport for business travel in the U.S. The logistics of traveling into, or even through, this airspace requires careful planning from ATC. Pilots frequently are notified to avoid busy airspace, which is one of the many reasons a flight line will deviate. This is the same reason you may circle an airport  before landing .

Weather is yet another important reason for straying from the original course. It is inherently unpredictable, even when carefully monitored by meteorologists. Pilots must avoid weather patterns, whether planned or unplanned. Areas of known turbulence also play a factor. These areas have three common causes: mountains, jet streams, and frequent storms. Even places like Miami generally have more turbulence just based on climate and location on the globe. Seasons change turbulence too; summer has more thunderstorms, but wind is generally higher in the winter, causing flight paths to change based on the time of year. Flying in the path of another plane can cause turbulence too. PlaneSense® pilots carefully plan each flight prior to takeoff based on projected weather patterns, storms, and wind, sometimes choosing to fly around a weather system instead of sticking to a straight-line flight. Be assured your pilots place the highest priority on safety and want your flight to be as smooth as possible.

Wind direction can easily add time and turns to your flight because pilots must line up the aircraft with a specific runway. For example, if your aircraft is coming from the north to Orlando, FL (MCO) and ATC is landing runway 36 to the north because of the winds, you must fly past the airport and make some turns to land facing north. Aircraft take off and land into the wind, so wind direction becomes an important factor in planning your flight path.

As mentioned, terrain can cause turbulence. Terrain generally only affects climb and descent, but it can play a role in cruise flight where there is high altitude terrain that changes the air above it. The terrain simply won’t move for us, so your pilots need to adapt accordingly and go around it.

For example, take the Rocky Mountains. Wind moving up and down perpendicularly over mountains can cause mountain wave turbulence. This peculiar phenomenon can be experienced thousands of feet above and hundreds of miles downwind of the mountain. For example, the Rocky Mountains can produce mountain wave turbulence as far as into Kansas! Depending on the mountain range and weather forecast, it is a common occurrence. It can be experienced from large mountain ranges, or even small hills. In the large majority of cases, our pilots will fly at an altitude above these areas where the effect is greatly reduced, but landing at places like Telluride Regional Airport (KTEX) will require pilots to make small adjustments in course to make ensure the smoothest flight. 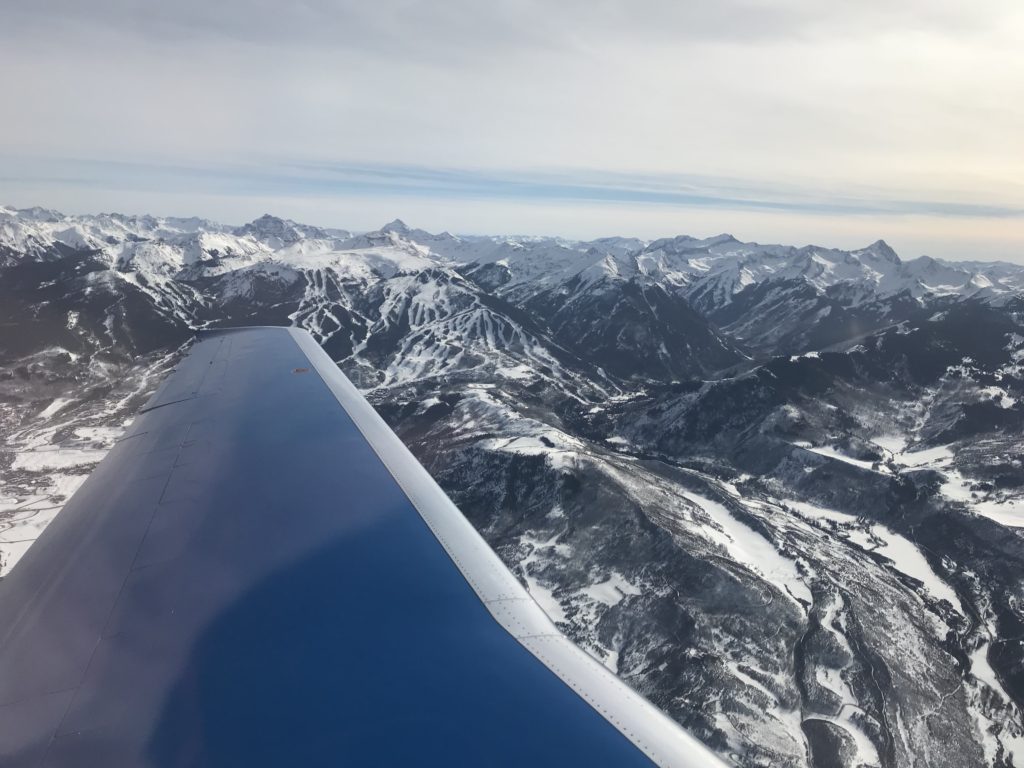 Airports located near residential areas often place restrictions on the type of aircraft that can land there, the flight paths they can take, or the time of day they can fly in. Flights are therefore reduced over these residential areas, calling for pilots to circle around or avoid them outright. For example, Nantucket,  one of the most traveled summer destinations for PlaneSense® share owners, has noise abatement protocol in place that your pilots must follow. The airport requires pilots to fly within three corridors, or paths, over the island above low-density areas. This aims to reduce noise levels from aircraft on the island. These kinds of restrictions play  a role in our flight paths at similar airports throughout the country.

Pictured below is a flight plan of a Pilatus PC-24 jet in the PlaneSense® fleet as it departs Portsmouth, NH (PSM) for DeKalb-Peachtree Airport (PDK). You can see there are several directional changes due to the flight plan. In this example, note the directional change to avoid Washington, D.C. airspace and the terrain evasion along the Appalachian Mountain Range. The flight plan also called for a directional change to land heading south. To make the ATC’s job easier, airways were implemented to optimize the flow of air traffic. Airways and Jetways are the invisible highways of the sky. Every plane in the sky essentially flies on a designated path, and those turns are like switching freeways in a car. Designated flight plans at individual airports will often dictate the path of landing or takeoff. 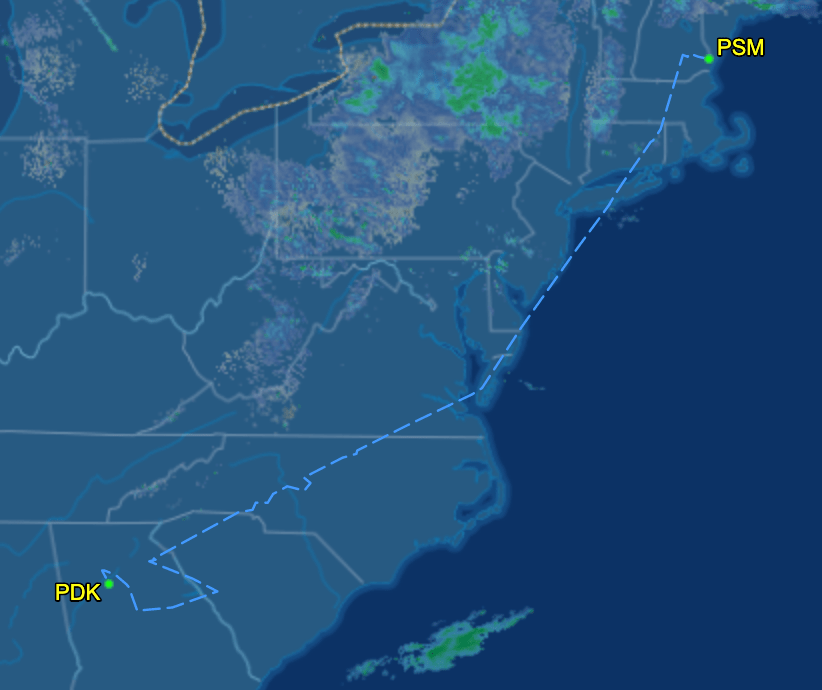 Now you’ll know why your PC-12 or PC-24 in the PlaneSense® fleet is making turns during your flight. If you’re aboard the PC-24, follow your flight from your cell phone and try to determine why your pilot is changing direction (directions can be found in your seat pocket).