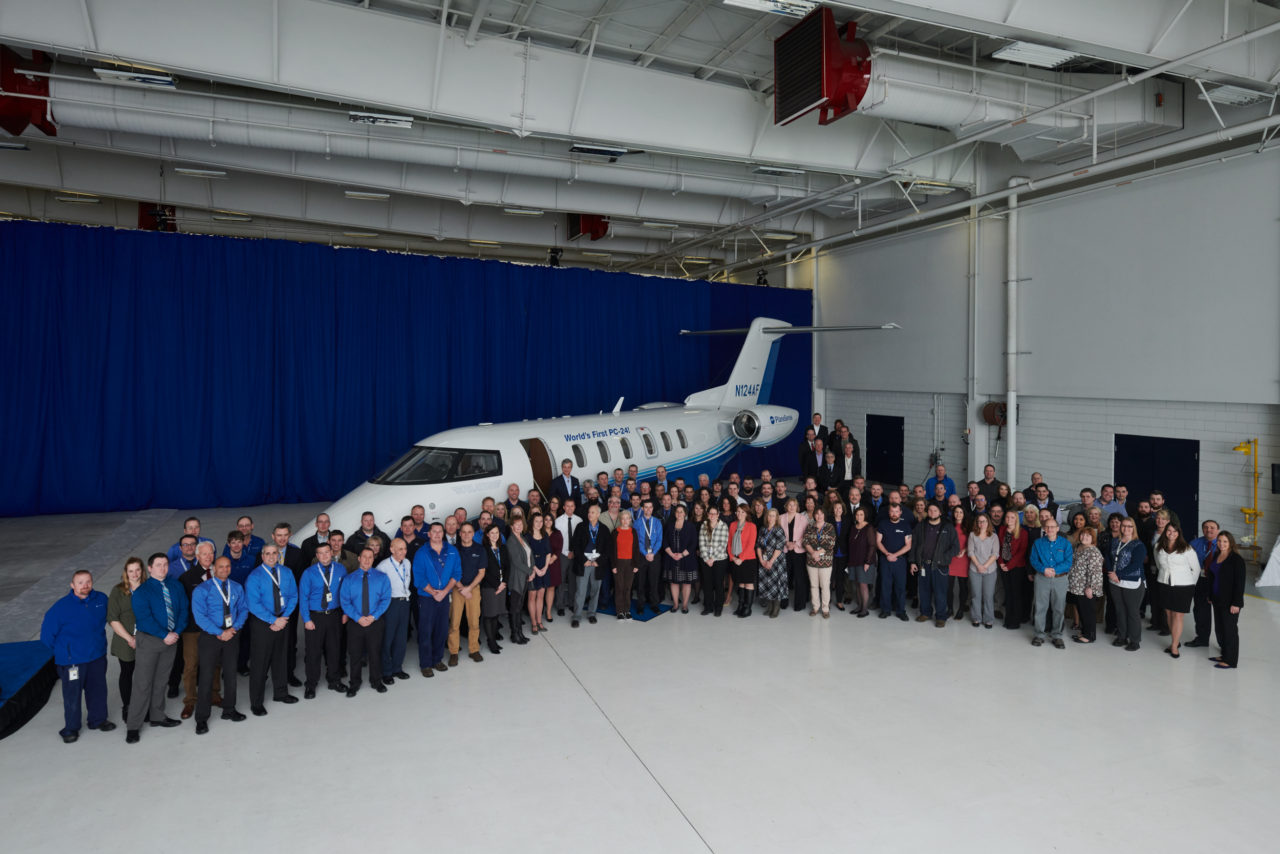 Standing in PlaneSense’s hangar, in front of the company’s employees and representatives from Pilatus, CEO George Antoniadis took a brief moment to let the gravity of the day sink in. The company had just welcomed the first Pilatus PC-24 in the world to its hangar, marking the beginning of a new era for both the leading fractional aircraft ownership company and the Swiss aircraft maker.

“The day we have been waiting for is finally here,” he said.

Antoniadis knew just how much time and energy had gone int0 this moment on an icy Thursday morning in Portsmouth, New Hampshire. The company has purchased more PC-12s–62 in all–than any other private firm in the world, and has been serving its fractional aircraft owners with them for twenty-three years. In preparation for the arrival of the PC-24, the company’s top pilots have spent hundreds of hours in simulated flights, and will log hundreds of hours more to ensure they have a complete mastery of the aircraft.

When Pilatus and PlaneSense first began discussing the PC-24 five years ago, Antoniadis and PlaneSense were hoping to be the first company in the world to acquire one. Today, they were.

Antoniadis spoke of the strength of the PlaneSense team, which both made the acquisition possible and gave Pilatus the confidence to continue to work closely with the company. He spoke of the “safe, top-notch organization” and the “star team” that makes him excited to come to work every morning, and reiterated that PlaneSense’s proven model has made all the difference.

“I want you to never forget that, please,” he said. “It is not a small accomplishment.”

Pilatus CEO Markus Bucher said when the company began talking to customers about desired improvements for the next Pilatus aircraft. The PC-12 was, then as now, one of the world’s most popular private airplanes, but the company wanted to explore what they call a “super versatile jet” that would combine the best features of small and large jets.

Bucher spoke of a “highly complex” process stretching out over a decade, with the company spending years on planning before ever beginning to put the first PC-24 together, and went over the thousands of hours Pilatus then spent developing and testing the aircraft. The end result of that precise work was on display on Thursday, as sunlight streamed in through the hangar doors and illuminated the airplane.

The plane, emblazoned with “World’s First PC-24!” in blue across its gleaming white fuselage, was the day’s star attraction. Employees who will work with the first PC-24 and the many more Antoniadis said were to come milled through PlaneSense’s hangar in a celebratory mood, with many receiving their first tour of the Pilatus PC-24.

“We are very, very proud that PlaneSense is the first client (for the PC-24),” Bucher said. “We now hand her over into your capable hands.”