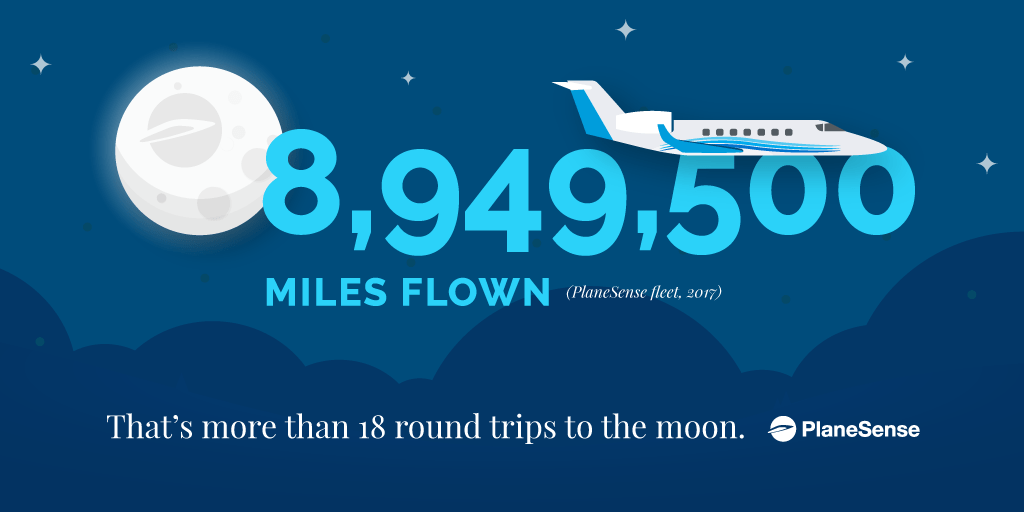 The world’s first Pilatus PC-24 arrived at PlaneSense in February, and we’re still buzzing with excitement about the arrival of that aircraft. Yet for all the excitement over the new arrival, we’ve also spent a lot of time considering last year, when our pilots and our fleet did some truly remarkable things.

George Antoniadis, the CEO of PlaneSense, recently shared some fascinating facts and statistics about the company with the PlaneSense team, including the pretty astonishing statistic you’ll see in the infographic above. We’re happy to share them with you to show just how far and wide PlaneSense did travel in 2017.

While we can’t actually take you to the moon, we can take you where you need to go. Reach out to PlaneSense today to learn more about our fractional program!