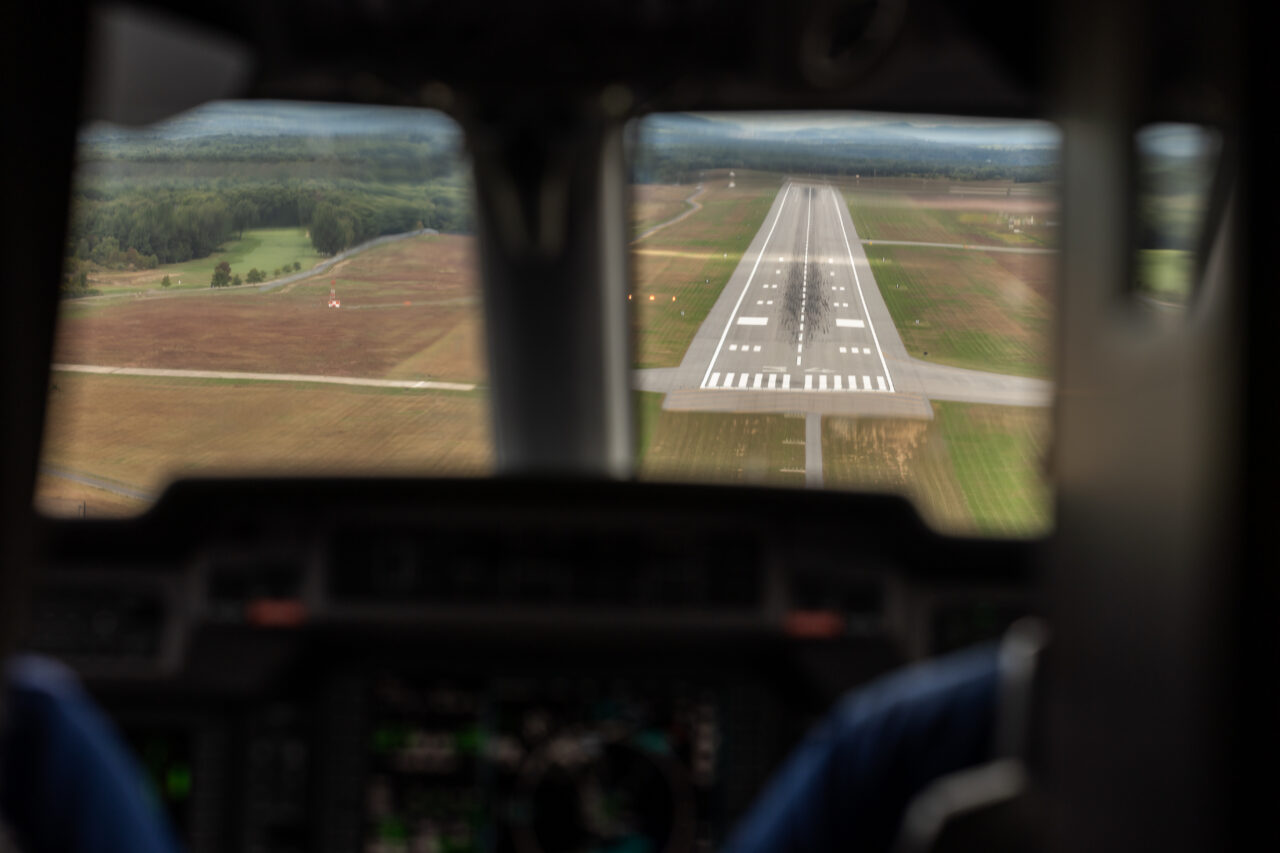 Airport runways include a myriad of signs and signals to guide aircraft to the proper runways, taxiways, FBOs, and gates. While it may seem like another language at times, there is a science behind some of the signage that help pilots navigate airports correctly and safely. With over 19,000 public and private use airports in the U.S., it’s imperative that navigation points are consistent across all locations. This includes the large numbers often painted at the end of many runways, which you may have noticed on a recent flight. Every airport runway is assigned a different number, but they aren’t chosen randomly.

Imagine the points of a compass. Runways are laid out as if on a compass and assigned a number that corresponds with its closest compass heading. Runways are given a number from 01 to 36 so they can replicate the 360 degrees of a compass. To simplify the process, the Federal Aviation Administration (FAA) removes the last digit from the heading.

Runways are first laid out to maximize tailwinds and headwinds for the best approach, then numbered according to the closest corresponding compass heading. For example, Portsmouth International Airport at Pease (PSM) in New Hampshire, where PlaneSense, Inc. is headquartered, has its runway labeled 16-34. The runway points SSE at 160 degrees, and NNW at 340 degrees, hence the 16-34 label.

Larger airports, such as Chicago International Airport (ORD), often have multiple runways parallel to each other, creating a challenge for naming. To avoid confusion by having identical numbers for each runway, the FAA adds an L for left, R for right, and C for center. In the case of ORD, one set of its parallel runways are labeled 10L,10C, and 10R. This allows Air Traffic Control (ATC) to direct multiple aircraft to the correct runway even if they are landing at the same time.

Each year, the PlaneSense® program accesses over 900 airports across the United States, Canada, Bermuda, the Bahamas, the Caribbean, Mexico, and Central America. PlaneSense® pilots encounter many different runways while flying clients to their destinations, whether it’s a metro airport or a remote island. The landing capabilities of the Pilatus PC-12 turboprop and PC-24 jet in the PlaneSense® fleet allow exceptional versatility to land on shorter runways than most aircraft of their size. Not all runways display their assigned numbers at the end or have ATC to direct the proper landing. PlaneSense® pilots are highly trained in navigating wind direction and other factors to select the best runway for landing or takeoff, which is especially useful in the remote locations share owners often request.

To learn more about flying privately with the PlaneSense® fractional ownership program and see those runway numbers from your own private jet, call 866-214-1212 today.

Five Reasons Why the PC-24 Wins Over the Hearts of Phenom 300 Flyers In the five years since the Pilatus PC-24 jet first joined the PlaneSense® fleet, it has become Read More