PlaneSense, Inc. today celebrates the 25th anniversary of the PlaneSense® program, one of the nation’s leading fractional aircraft ownership programs. PlaneSense took delivery of Serial Number 120, the first of its initial fleet of Pilatus PC-12 turboprops on September 9, 1995, officially launching the program that has provided an unparalleled solution for private flights for both leisure and business travelers for more than two decades.

“We set out in 1995 to build an innovative private flight program that would provide versatile and affordable aircraft ownership,” said George Antoniadis, Founder, President & CEO, PlaneSense, Inc. “Twenty-five years later, I am thrilled at all we have accomplished, becoming the Intelligent Flying Solution™ for those seeking private flights. Our clients appreciate our impeccable service and uncompromising commitment to safety, while enjoying the value that our program continues to offer. There have been plenty of challenges over the last two and a half decades, but we’ve never wavered in our commitment to our clients, staff, and to this company.” 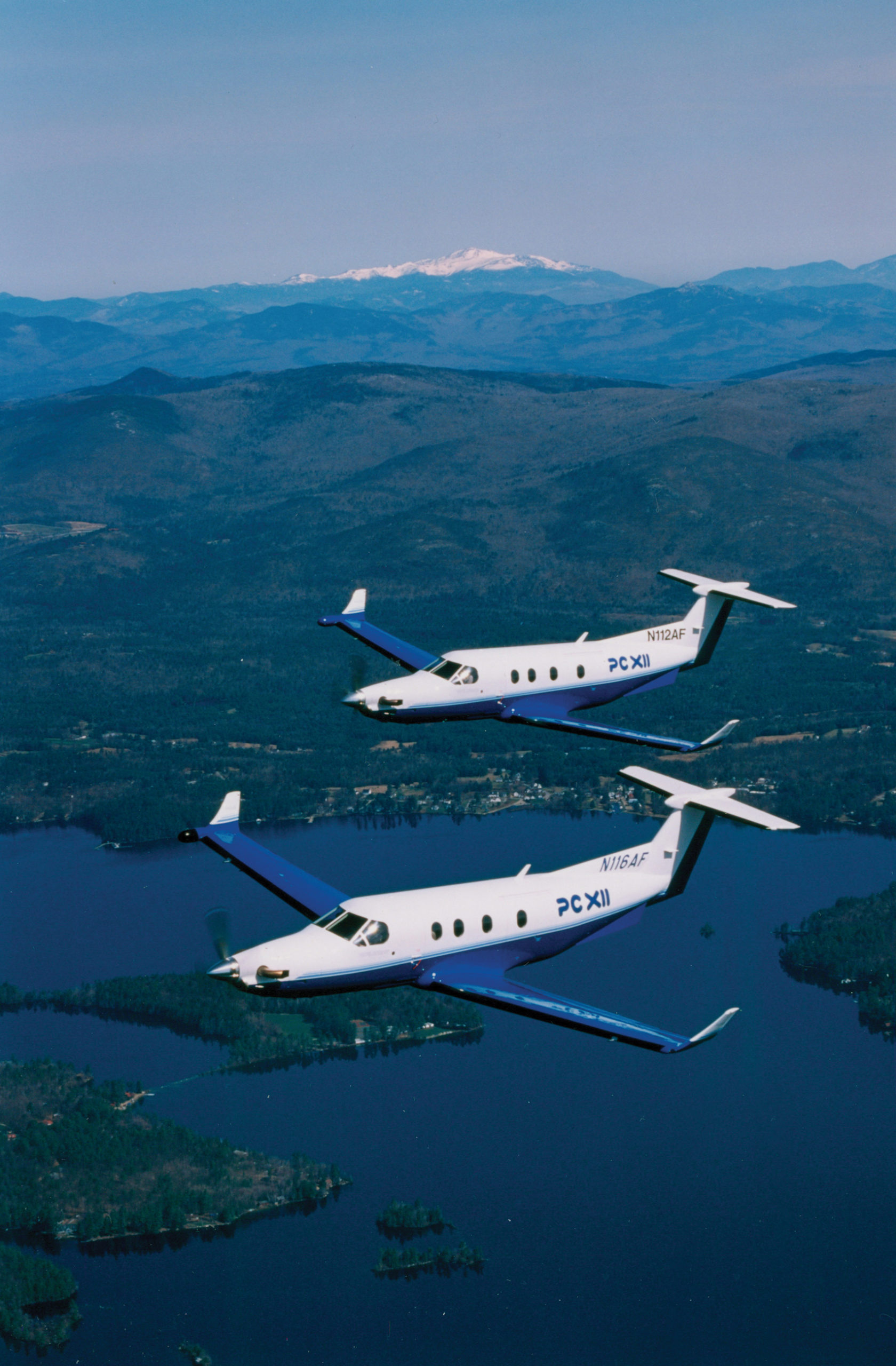 The first two PC-12 turboprops in the PlaneSense fleet soar above New England in 1996.

The PlaneSense® program has become known for its reliability and responsible price point, providing access to thousands more airports than other programs due to the exceptional operating capabilities of the aircraft in its fleet – the Pilatus PC-12 turboprop and the Pilatus PC-24 jet. Both aircraft are at home on small, remote airfields as well as metro hubs, making it possible for clients to get closer to their destinations than would be possible with other programs.

After launching with a handful of employees in 1995, the PlaneSense® program now includes nearly 400 team members and continues to grow. In addition to its 25th anniversary milestone, PlaneSense is also commemorating six members of the staff who have reached or exceeded 20 years with the company, who include pilots, sales executives, aircraft maintenance inspectors, and maintenance technicians.

“It has been a pleasure leading PlaneSense and watching it become a competitive and respected fractional program. I am very grateful for the amazing team that surrounds me.” said Antoniadis.

As the operator of the world’s largest civilian fleet of PC-12 turboprops and one of the largest fleets of PC-24 jets, the PlaneSense® program has exceeded 440,000 hours of flight time and has accessed more than 2,500 airports across the United States, Canada, Bermuda, the Bahamas, the Caribbean, Central America, and Mexico. The company has taken delivery of 72 Pilatus PC-12s, four Nextant 400XTi jets, and five PC-24 jets. PlaneSense, Inc. launched its fractional jet program in 2015 with the Nextant 400XTi and was the launch customer of the Pilatus PC-24 jet, taking delivery of the world’s first in February 2018. Since that time, PlaneSense, Inc. continues to be the world’s fleet leader in this unique PC-24 jet.

PlaneSense Founder, President, and CEO in the early years of the company stands with the PlaneSense fleet.

Originally located in Norwood, MA, PlaneSense, Inc. is now headquartered at Portsmouth International Airport at the Pease Tradeport in Portsmouth, New Hampshire. The company opened its customized facility in 2008, which includes a state-of-the-art 40,000 square foot hangar and 62,000 square feet of corporate space that includes pilot training and flight operations.

Quality, safety and service have been the highest priority for the company’s operations since its inception. PlaneSense, Inc. continues to invest in programs that support these standards, such as robust training for its pilots and its maintenance teams. In 2017, the company implemented MissionFit™, a customized simulation training device for its pilots that it developed in conjunction with FlightSafety International, Inc. The operations at PlaneSense, Inc. have been recognized with an ARGUS Platinum rating and is an International Standard for Business Aircraft Operations (IS-BAO) registered company.

For the next 25 years and beyond, PlaneSense, Inc. will continue its focus on methodical growth of its offerings, program value, and impeccable customer service. For more information about PlaneSense and the fractional jet ownership program, visit www.PlaneSense.com.